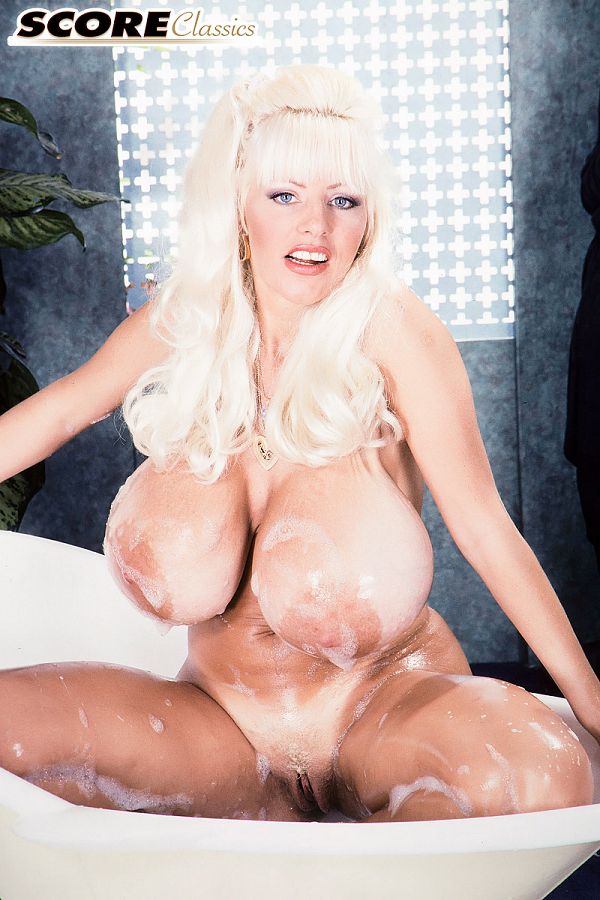 This magazine pictorial of Toppsy in and out of an antique bathtub accompanied Toppsy Curvey’s bed and bath video.

When it comes to naming the classic stars of SCORE magazine in its first decade, Toppsy’s name must be on that list.

During the 1990s, at the height of the TV talk shows such as Jenny Jones, Sally Jessy Raphael and Jerry Springer, Toppsy and other mega-busty dancer/models were frequent guests. Sometimes the girls would get feisty because some of the hosts and the audience would bring negativity to the program and criticize their breast size and their careers as strippers. Women in the audience were rougher on the girls than the men.

Toppsy had female fans and she probably inspired some women to become dancers, if not super-size their tits.

“A lot of women will come and say, ‘I saw you on the show and I just wanted to ask you a few questions.’ They’re nice and they bring their husbands. Some have big boobs, some want them and others are just curious about what it’s like to be a dancer or a model.”