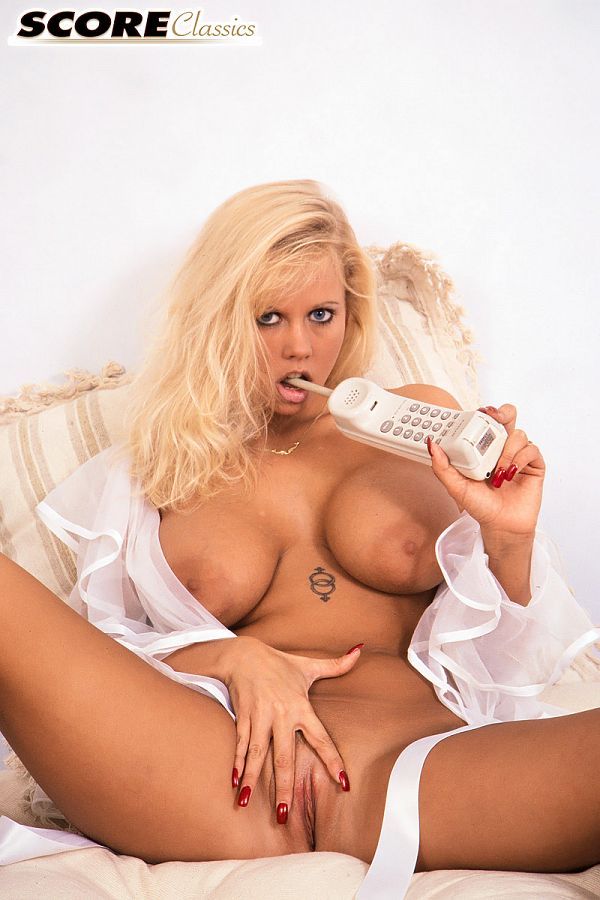 Makiah was the featured “Dancer-next-door” in April 1999 SCORE. This was a section that showcased unknowns who wanted to move into professional nude modeling. Makiah’s goal was to become a feature dancer. Before SCORE, Makiah was featured in a local adult entertainment guide, the kind that were plentiful before the internet. The 25-year-old blonde stripper also called herself Myndee and danced at Babes East Showclub in Indianapolis, Indiana. The club is still in operation.

The photographer was a freelancer who contributed to SCORE Group magazines. He showed Makiah one of the Boob Cruise editions of SCORE and she wanted to model as fast as possible so he photographed her quickly to avoid losing the opportunity. Most house dancers were very difficult to pin down, so when opportunity waggled her finger, photographers seized the chance. Makiah was one of the first models in SCORE to have a tat right on her chest (below her tits). That phone she’s using as a prop is the size of a brick. Remember how it was? At least breasts haven’t decreased in size like telephones have.