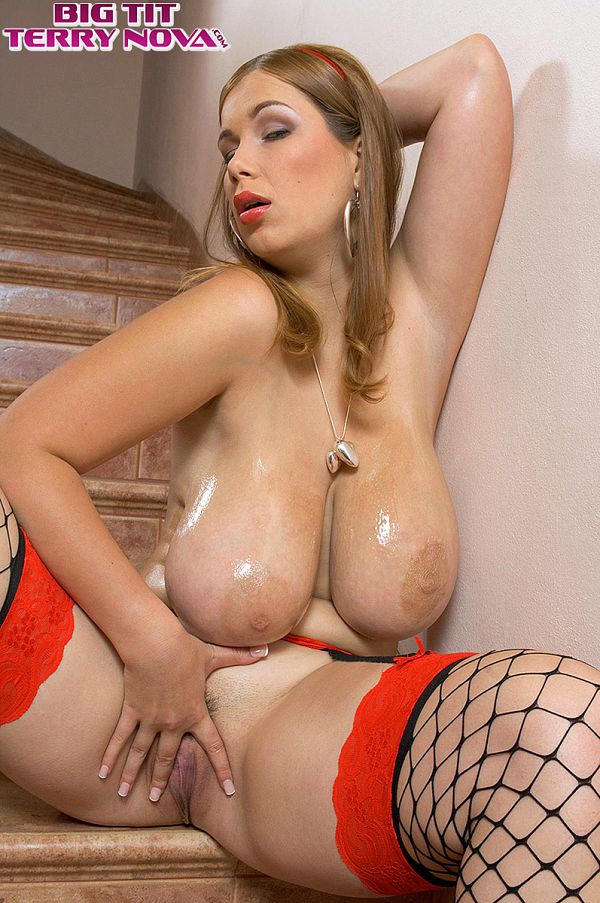 One of the more boobalicious sights in big-tit history was seeing Terry Nova side-by-side with Christy Marks and Karina Hart in a brassiere line-up in Hungary. The photos are in Thursday’s entry in the Hungary For Hooters blog. Ever the quiet one and even amongst her Czech peeps, Terry doesn’t need to say much. Her super-voluptuous body is off the decibel scale. Marille, one of the models from a SCORE Prague special, said about her, “Terry is so sweet and nice, she makes the average girl look like a bee-tch!” You’d never think that Terry is one of Europe’s biggest hardcore stars. She sure doesn’t look like a porn star. Notes J.K: “I think Terry Nova is the closest to an Amazon that there is on Scoreland. I can imagine a sculptor chiseling a block of marble and winding up with Terry Nova as the finished statue.”