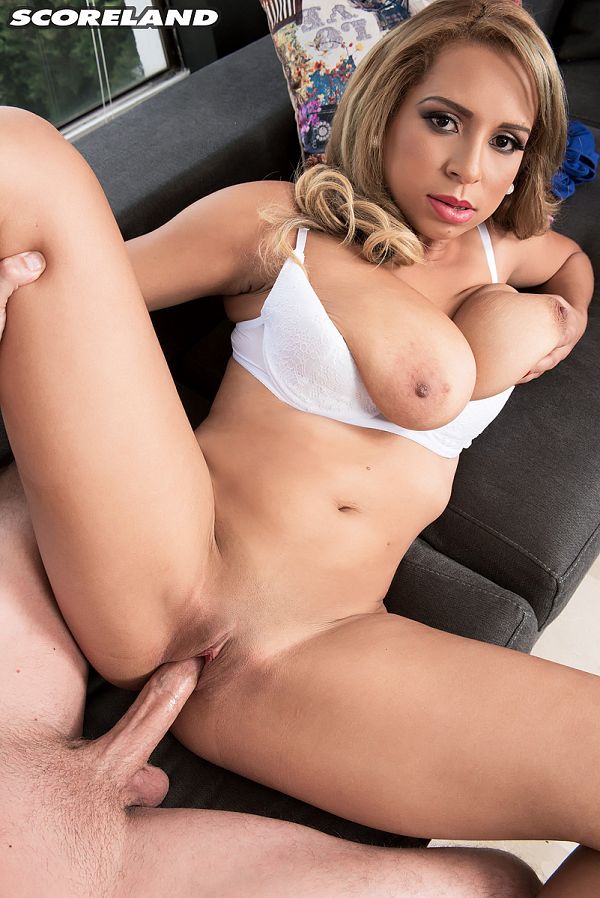 Tourist Tony Rubino has just arrived in Medellin, Colombia. He calls for a tour guide to show him the sights of this historic city. He doesn’t speak Spanish and asks for an English-speaking guide. Who arrives at his hotel but super-sexy Shara Lopez. She is to be his guide, but she only speaks Spanish….

Shara tries to tell him where they will be seeing, pointing to places in her book but he’s only interested in a guided tour of her fantastic body and big, natural boobs and so would we, in his place. El hombre afortunado, the locals would call him.

Shara can read his mind through his eyes which are planted on her large cleavage nestled in a tight dress. She knowingly asks him if he likes big tits and if he’d like to touch hers, guiding his hand so he can feel her soft breast flesh. In no time, his face is buried between her breasts and he sucks on her nipples. Shara sucks her own nipples too and then they both suck on them. They’re getting on very nicely for two people who just met. Muy caliente!

After their breast play, Tony points to his junk, not knowing the Spanish term for blow job. No translation is needed. Shara eagerly puts his cock in a lip-lock. Her skills are outstanding, like she is. Tony fucks her big tetas next, another one of her superb skills. The tour of the city is off the to-do list because tour guide and tourist want to go around the world without leaving the hotel room.