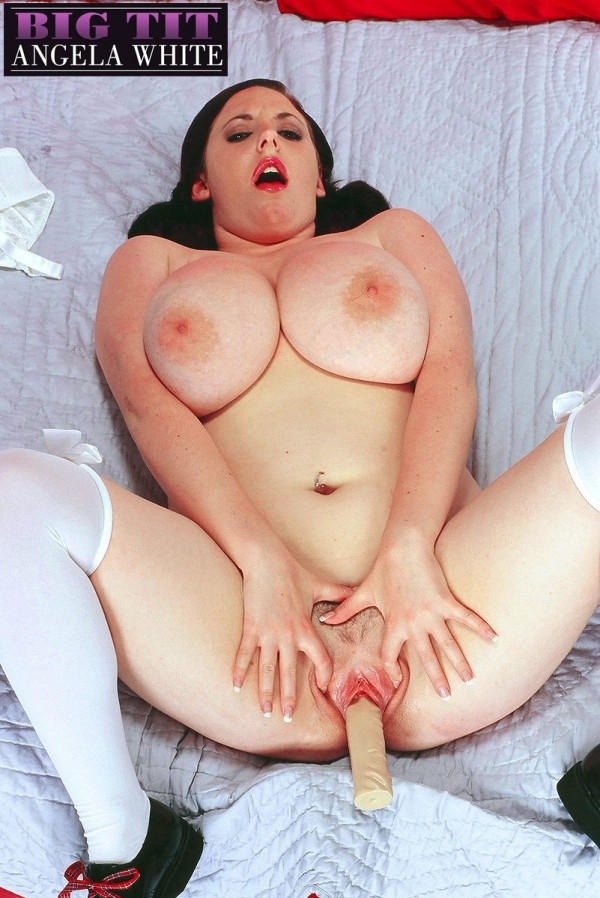 Angela had just finished up high school when she visited our studio for the first time in 2003 and would go on to college. Can you imagine sitting next to a girl like Angela in a classroom? You’d never be able to concentrate on what the teacher was saying. Of course, the teacher would be focused on Angela’s rack.

“I can honestly say I don’t get any favors like better grades than I deserve or anything like that,” Angela said. “I’ve earned my good grades the old-fashioned way, through paying attention in class and studying what I’m supposed to. The funny thing is with my breasts as large as they are, people have a way of judging me as being stupid before they even get to know me, like I’m a bimbo or something. I definitely am not a bimbo and people find that out rather quickly in an academic setting like at the university.”