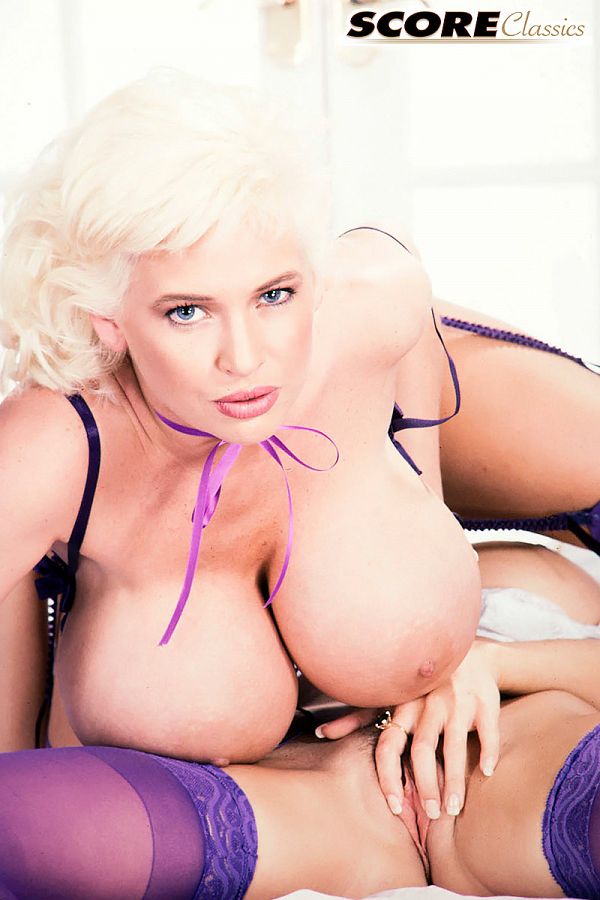 This is a more formal pictorial of Erica Everest and SaRenna Lee shot in England at the same time as their shower room sex show. Their video scene in the bathroom was too hot for magazine publication in the 1990s because of the extensive sex toy play and pussy licking.

They had the perfect slim ‘n’ stacked bodies, toned and fit. Slim waists. Tight ass cheeks. Shapely legs and feet. Beautiful backs. Their careers as strip club feature dancers of the big-bust kind demanded they be in tip-top condition. With a few exceptions, today’s at-home webcam girls don’t come close to matching the physical shape the 1990s SCORE Girls were in. A few years after this photo shoot, Erica and SaRenna sailed on Boob Cruise #3 in 1997.

“I love my big tits,” SaRenna said in a 2001 interview. “I love other girls’ big tits. They’re lots of fun. I love everything about big tits. They’re just so voluptuous and pretty and feminine, and they really separate the sexes. The larger they are, the better.”