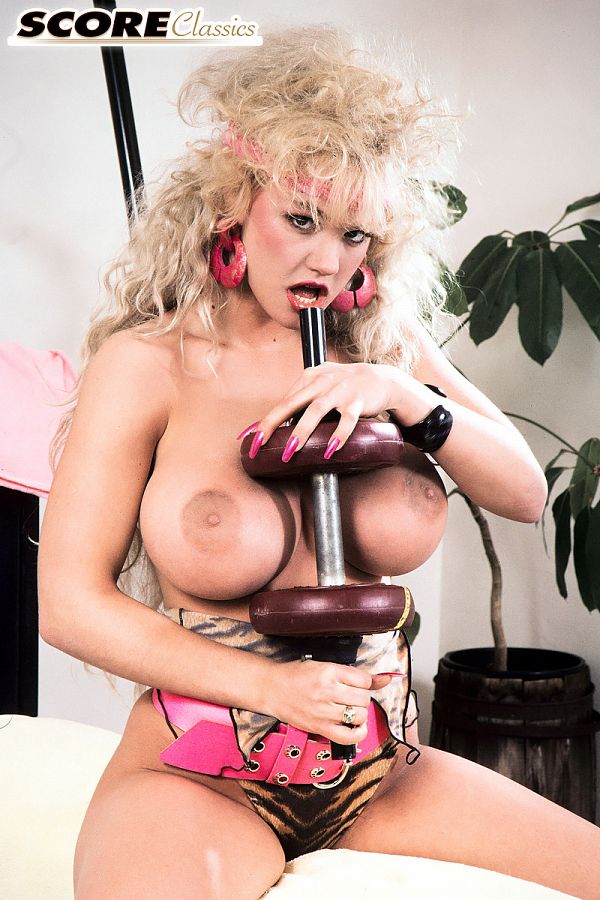 Lacey Pleasure started house dancing when she was 20 in 1990. By the time she turned 21, Lacey was in demand by magazine photographers. As soon as her popularity began to really explode, she quit modeling and dancing.

One of her British photographers talked to SCORE‘s editor about Lacey. He even said she was his favorite model to shoot. “Her true character was Jekyll and Hyde-ish. Off-camera, she was a tom-boy, a barrel of fun. She was nice, laughed a lot, had a sense of humor. But when it was time to get nasty, Lacey oozed sex appeal like few women could or ever will.”