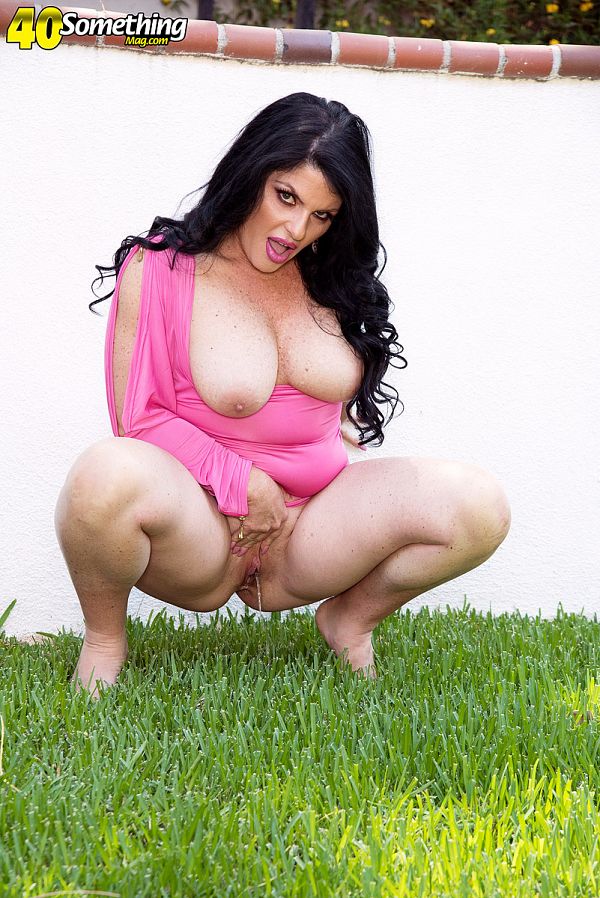 In these photos, Ivy Ices, a 48-year-old divorcee and mom, squats and pees.

Ivy called herself Jade Steele when she debuted at 40SomethingMag.com in 2014. She’s still built to take a pounding with her big tits and big ass. Here, Ivy is hanging out in her garden, hanging out being the operative phrase when it comes to her tits. She strips naked, gets herself off and then relieves herself right there in the backyard, letting loose with a stream of pee.

Ivy lives in Arizona. She’s into archery and fitness. She’s practicing to get her pilot’s license. And as for the kinky side of her, she fucked one of her male friends with a strap-on.