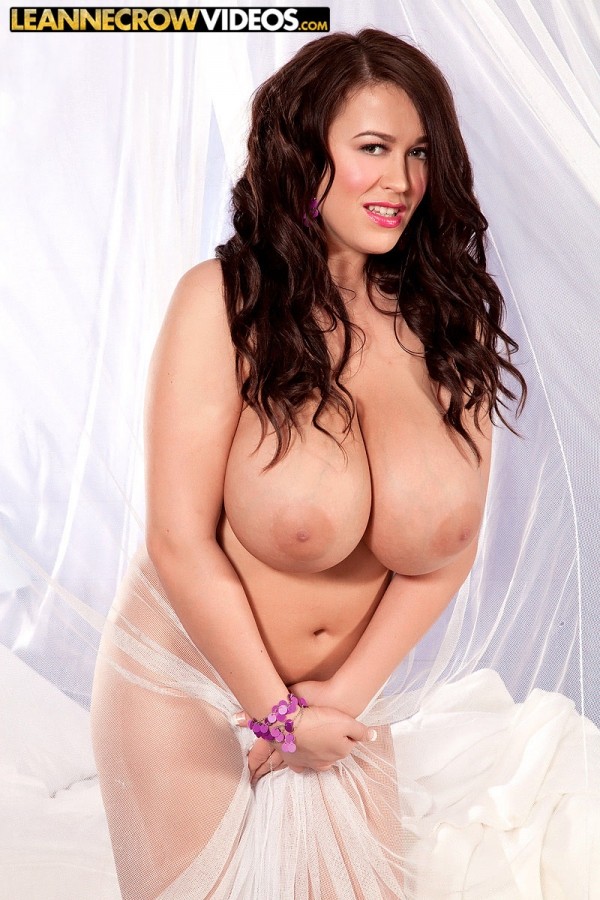 “I used to tell my mom all the time that if I didn’t have boobs by the time prom came around, I was not going,” Leanne Crow remembers. “I mean, I always envisioned myself in a long dress with cleavage at my prom. Then, a few months before my prom, I went from nothing to a C-cup. They just sprung out and all of a sudden, I had boobs. I prayed pretty hard. My prayers were answered. They grew almost instantly from a C-cup. They just kept growing and growing and growing. And then I went to get measured and they were like, ‘You are an F-cup.’ And I was in shock. I was buying C-cup bras and I was an F-cup! I was busting out of my bras, but I thought I was, like, a D-cup. But it was because at that point, I didn’t understand cup sizes. I was only around 17 at the time.”