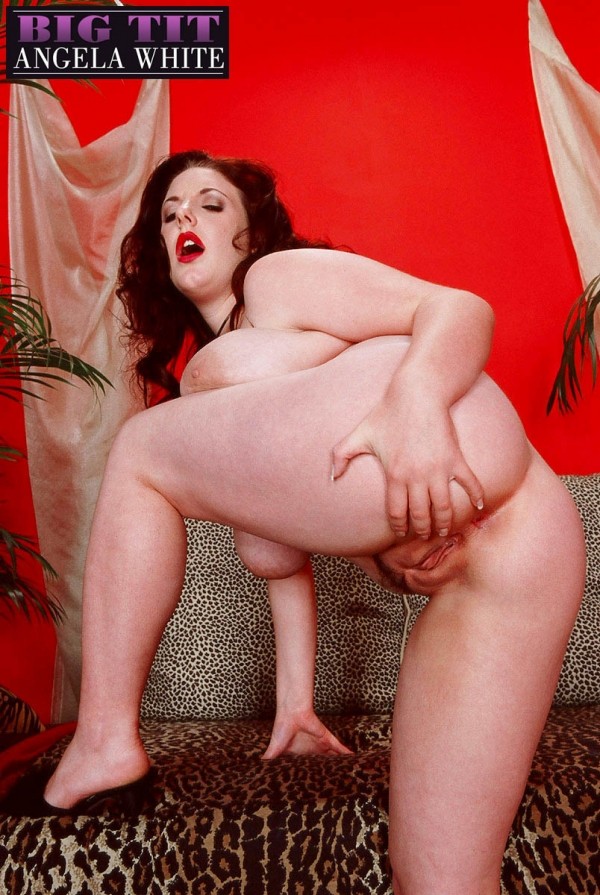 The corset Angela is wearing in these photos provides an enticing shelf for her big naturals. She’s like a busty dream-come-true. What does Angela dream about?

“I had a dream that I went backpacking through Europe, and to get some extra cash for my travels, I posed at your office in London,” Angela said. “Then I ended up meeting Linsey Dawn McKenzie in some flash nightclub and she invited me and my friend to her house for a party. Her house was a bloody mansion! I don’t know whether it’s like that in real life, but in my dream it was huge.”

These photos first appeared in the March 2004 issue of Voluptuous. A few months later, Angela would finish second to Nicole Peters for V-mag Newcomer of the Year.

“I’m really digging this attention,” she said. “I’ve never experienced anything like it before. But I’m noticing that more and more women are beginning to hate me. Most of them don’t know about the mags, but they still treat me so badly. Just because I have big tits, they are horrible to me.”

Hate. Jealousy. Call it what you will. These photos of Angela aren’t going to make other women like her any more. Unless they love big tits.