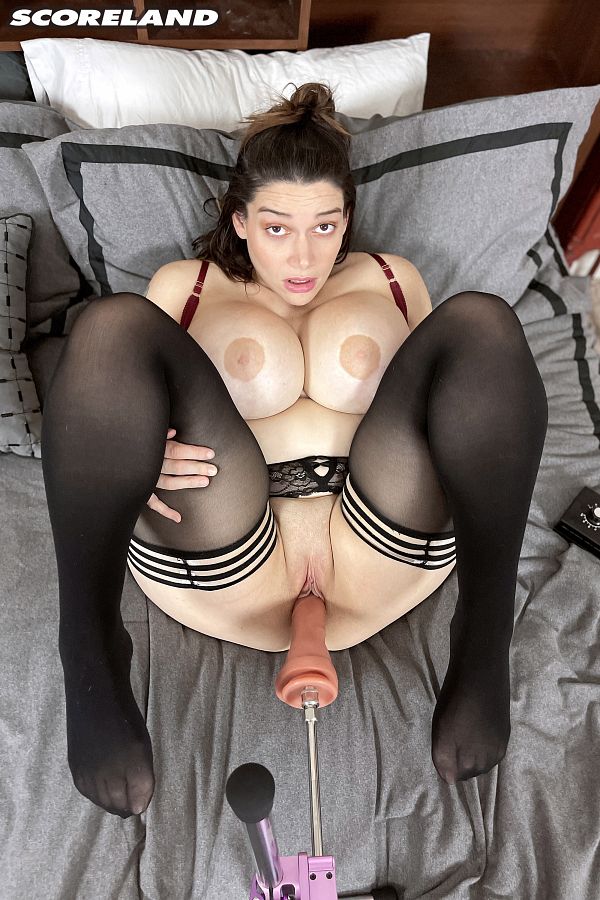 Since automation is taking over the world, Brooklyn doesn’t need this bum and his opinion. She orders a sex machine until she can find a new flesh and blood boyfriend. The F-machine makes girls’ cream their pussies, doesn’t say stupid things and doesn’t leave wet towels on the floor.

To mark her first time with this sex machine, Brooklyn changes into sexy lingerie that could make its hydraulic fluid boil over. She experiments with different robot sex positions in bed, getting throat-fucked, tit-banged and pussy-pumped. Her ex will regret breaking up with Brooklyn when he sees them together at the re-charging station.