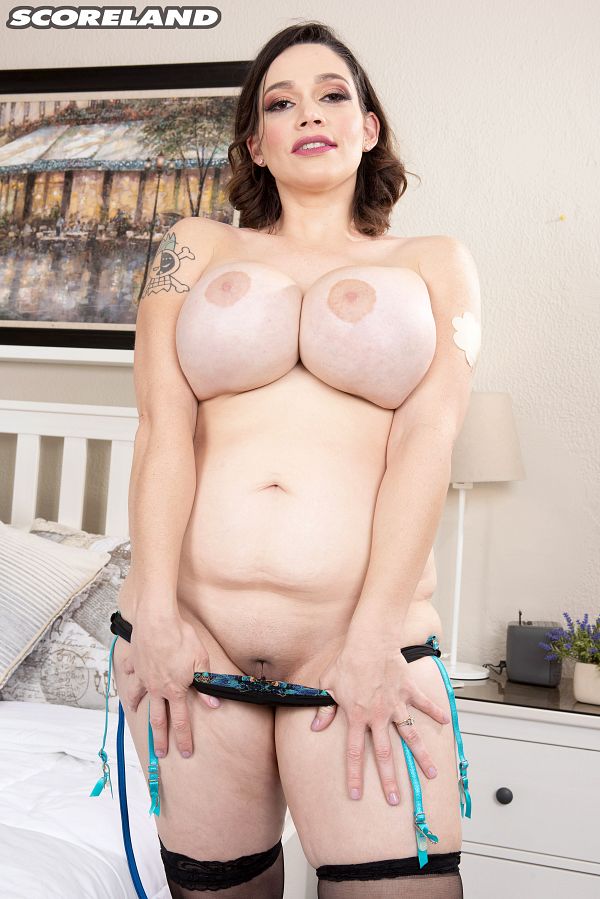 Brooklyn Springvalley loves costuming and wearing lingerie. For this mega-big bust show, Brooklyn brought a bra and panty set and stockings with garters. Traditional, classic lingerie never gets old and never will in men’s magazine, videos and web shoots.

SCORELAND: What is the most-unusual position you’ve ever tried?

SCORELAND: That’s a difficult one. What position do you sleep in?

Brooklyn: I sleep usually on my side but sometimes on my back or stomach. I shift around a lot.

SCORELAND: What is something you have tried, but will never do again?

SCORELAND: Are you into any fetishes?

SCORELAND: What kind of music do you listen to at home? Do you dance around the house while you’re listening?

Brooklyn: I dance and I sing and I listen to a lot of comedy tunes such as Stephen Lynch, SNL and Lonely Island.