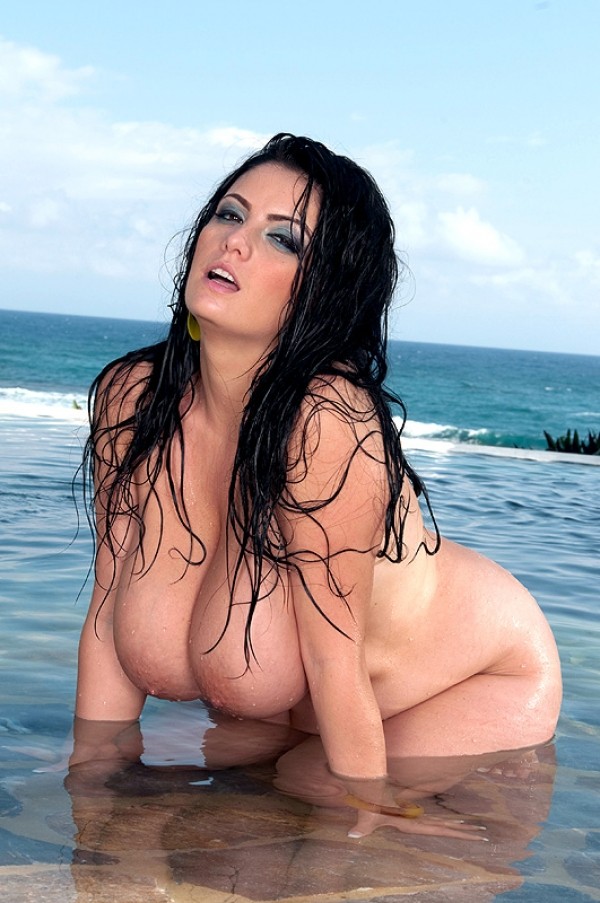 On the beach in the Dominican Republic, looking a bit more voluptuous than we’ve seen her before, Arianna Sinn proves how sexy a curvy, full-figured girl can look in a bikini. Her tits overflow her top, which only looks tiny (on most women, it would cover their entire breasts), and her fleshy ass cheeks make her G-string disappear. We’re almost disappointed when Arianna takes off her bikini, but our disappointment fades when she hangs her natural tits into the camera, takes a dip in the infinity pool, then spreads her ass cheeks to give us a gyno view of her pink pussy and fuckable (but virgin) asshole.

“I think women like me should wear little bikinis,” Arianna said. “Some women think they have to be thin like sticks, but I think a real woman has curves and should show them off. If I wore this bikini to the beach, I am sure I would get a lot of attention.”

She sure would. By the way, this set has some unusual photos, such as No. 22, in which our photographer slowed the shutter speed to capture a sensational waterfall off of Arianna’s hair. And later, we get wet, jumping tits before finally finishing things off with Arianna’s bunched-up breasts and her pretty smile. Life is good.