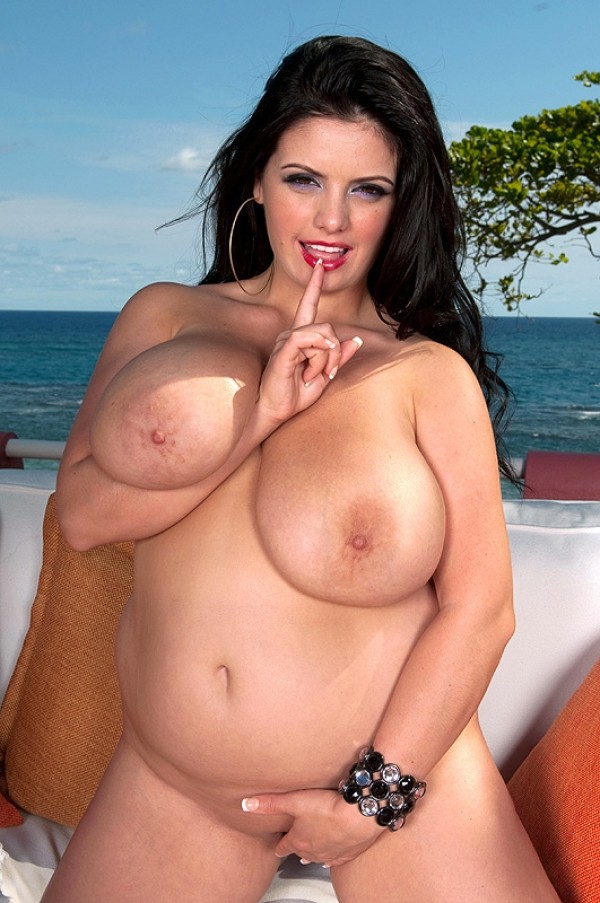 Most girls wear a bikini to the beach. Here’s Arianna Sinn in the Dominican Republic wearing a lingerie top that doesn’t do much of anything (except allow her nipples to poke through) and panties that don’t leave much to the imagination, either. There are some notable shots in this set. In #15, Arianna’s tits look especially heavy, and after the shoot she would remark, “I don’t think my boobs have ever been so big.” In No. 37, she lifts her tits by the nipples–“They are so heavy!” she exclaimed–then in No. 39, she lifts a nipple to her mouth for a suck. A hard suck, and the evidence is in No. 40, when we get to see Arianna’s lipstick-covered nip. Then she wraps her tits around a dildo in No. 43 before fucking herself deep. All in a day by the seashore for Arianna.